In my first attempt at setting up a simple Ruby development environment, I was quite careful to make sure the Nix shell environment wasn't accidentally relying on anything available from the underlying environment. In particular, I noticed that unless I specifically added nodejs to the list of buildInputs, middleman ended up using the Node version in the underlying MacOS environment.

However, in my second attempt where I set up a simple Rails development environment, I wasn't so careful and I didn't do the same checks on the run-time dependencies.

Previously, in order to ensure full isolation, I ended up editing my "dot" files and even modifying environment variables in the current shell, but this was fiddly and error prone. So this time I decided to setup a completely seperate VM running Ubuntu Xenial (with minimal OS packages) using Vagrant to continue with my Nix experiments.

Furthermore I decided to try to write a provisioning script for the Vagrant configuration to create a new Rails app from scratch and to complete all the steps necessary for getting both the Rails tests and the Rails server running. By doing it this way, I could easily snapshot the VM and restore the snapshot or even destroy the VM and build it again to get back to a clean slate. I found this a really productive way to tackle the problem.

First I had to install Nix on the Ubuntu VM. I used the Nix multi-user installation instructions to write an inline provisioning script in the Vagrantfile and I even worked out how to make the script idempotent:

Next I created a nix-shell configuration that made the Rails gem specified by the "outer" Gemfile available:

Much like in my previous article, this generated the following files in the "outer" directory:

Now that this nix-shell specified by shell.nix made the Rails gem available, I used it to generate a new Rails app in a subdirectory with the rails new command:

This step created a vanilla Rails app in the my-rails-app subdirectory. Note that I chose to skip the bundle install and rails webpacker:install steps, because at this point the nix-shell could not provide everything necessary.

I felt as if generating the Rails app was separate from setting up and running it and so I decided to create a separate nix-shell within the "inner" subdirectory. This was achieved much as before, but this time based on the "inner" Gemfile generated as part of the new Rails app:

This generated the following files in the subdirectory:

While the shell.nix file in combination with the gemset.nix would make the bundled gems and their dependent OS packages available within the nix-shell, I also needed to add some runtime dependencies (nodejs, yarn & ruby_2_6) for subsequent steps by adding them to the list of buildInputs in shell.nix:

Having specified PostgreSQL as the database when I generated the Rails app, I wanted to setup and start a PostgreSQL server in the nix-shell development environment. So I also added the postgresql package to the list of buildInputs:

I wanted a PostgreSQL database server to be available, but only from within the nix-shell, i.e. not system-wide. To this end I added a shellHook to shell.nix to idempotently configure the server and start it when entering the nix-shell:

I set the database server up with minimal security to make it easy to access from psql and so the generated database.yml would just work out of the box.

By this stage, the nix-shell Rails development environment was pretty much ready to go. To make things slightly more interesting, I decided to create the canonical simple Rails "blog" app using the rails generate scaffold command:

I then created and migrated the development and test databases for the Rails app in the usual way:

And ran the Rails tests as follows:

And finally, the moment of truth (!), I ran the Rails server and opened a browser at the home page 🚀: 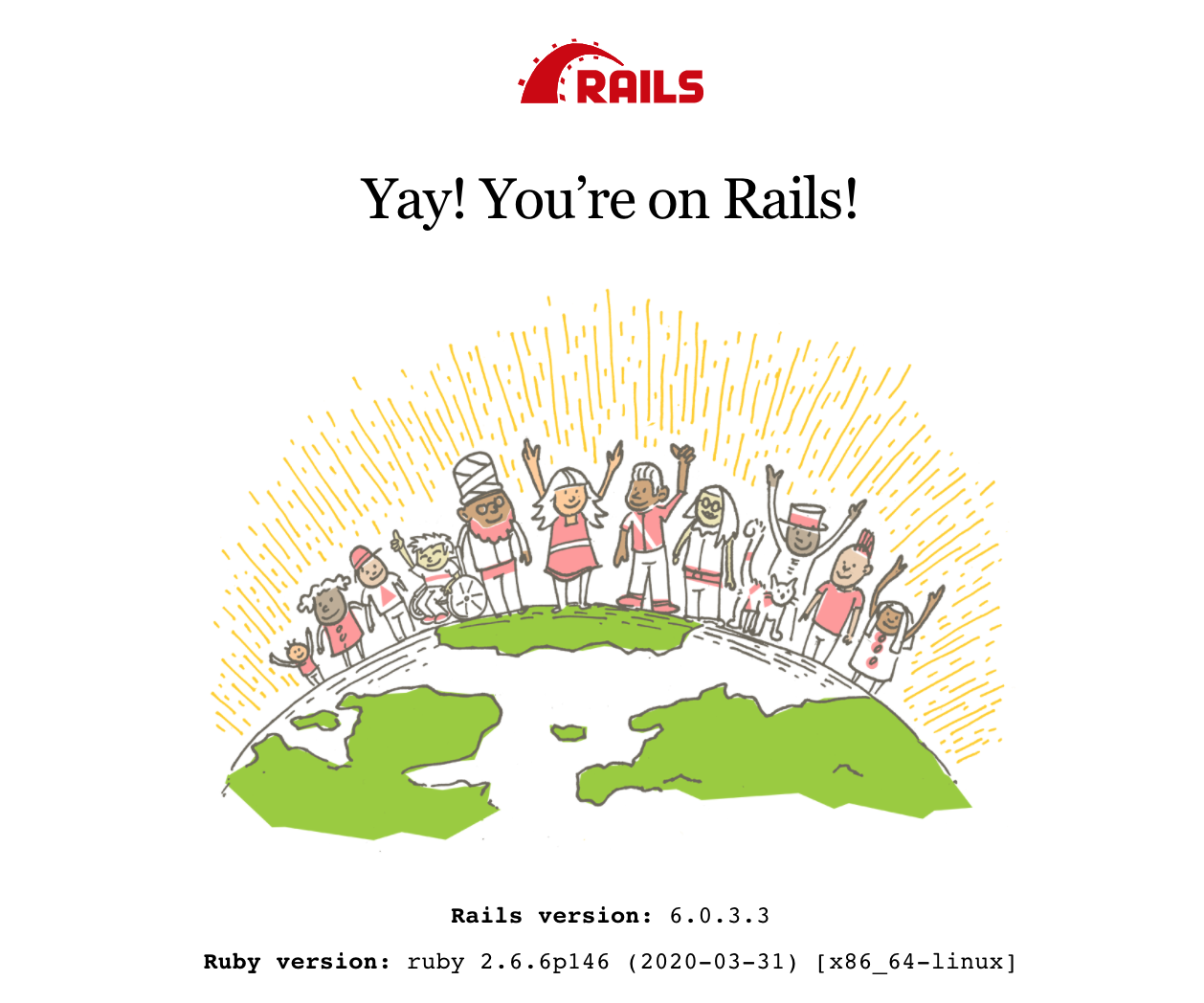 The blogging functionality was also accessible at the relevant endpoint and seemed to persist new posts successfully.

If you want to follow along at home, I've published the source code in a GitHub repository. The steps I've described above are documented in the README and the corresponding code is in a couple of inline provisioning scripts within the Vagrantfile.